A slightly fickle example I admit; but as we get older, our minds and memories can play cruel tricks on us. Worst case scenarios include Alzheimer's and dementia - horrible conditions for both the sufferers and those around that care for them, usually family.

I heard a story recently of a woman who marbles were well and truly gone, but her Grand-children had noticed that when they went to visit her, she tapped her fingers on the arm of her chair, and the taps had a pattern. It transpires, in her younger days, the woman had been in the military and was taught use Morse Code. Sixty years later, with almost no audible speech left, her brain had somehow retrieved the dots and dashes of Morse and she was able to resume limited communication with her family. Amazing!

Be creative in the ways you communicate with those around you. Learning even the basics of another language can make a holiday more enjoyable; an evening class in sign language could open up a whole new way of speaking; and even something as simple as a smile could mean the world to someone who doesn't have one of their own.

One last thought: Scientists say, the more you flex your own mind, the better chance you have of warding off memory related conditions. I don't know how true that is, but only good can come from at least trying. Auf Wiedersehen and  --. --- --- -.. -... -.-- .

The Alternative to Academic

As regards the main academic subjects at school, I was a pretty poor student. I celebrated getting a A with winning the World Cup – and what I mean is, I only ever did it once - just like England. Math’s just didn’t add up, English spelt disaster for me and as for Science; well I could take a running Volt over a dissected frog and they’d still be no chemistry.

One day, the light came on! No, I don’t mean some miraculous epiphany (a moment of sudden and great revelation or realization)…the light literally came on, in the school’s photographic darkroom, during an art lesson and re-exposed the printed image paper I was developing – I had discovered ‘solarization’ (which had already been discovered by the way, but this was a personal thing…OK, it was an epiphany of sorts).

In layman’s terms ‘solarization’ is a ‘partly reversed tone’, not a negative image as such, just a different visual perspective – a little like looking at a phone screen or TV from a different angle – it just looks….different….blues are a bit green, yellows a bit orange…., blacks are grey…whites are black…etc.

This got me thinking …what if I were to approach learning from a different perspective; would things make more sense? Alas, for the remainder of my school years, it was a little too late.

However, as I entered in to adult life, I, without realizing, began to ‘solarize’ my own personality; I began to look at things a little differently, and a whole heap this world began to make sense – from the previously mundane academic stuff to understanding my own views and aspirations. More importantly, I learnt that it wasn’t wrong to see things from a different preservative. My tones might not be your tones, but I can still see the bigger picture….

As my old art teacher, Mr Wools put it;

“If you have a rule book, but after reading it, still don’t understand what’s going on, you may be reading the rules of a game you have no interest in playing – and those rules will never make sense. However, if you have a crooked table, a sturdy book under the wonky leg may just be the thing to level things up – and a level foundation will always be good platform to start anything from, regardless of the situation. Rules are rules, but not necessarily the ones you need for the purpose intended. It’s called being creative – or as I like to call it, art."
at 10:09 No comments: 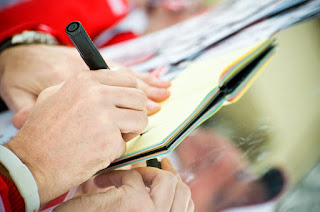 Greetings, dwellers of The Man Shed.

I love the term 'man shed', but sometimes it can mean more than just an out-building with an undersized pool table, mini-bar and lots of power tools in it; it can also be a secret place - a place for individual contemplation or at a push, a place to meet with your peers and communicate what's truly on our minds.

To be honest, I often struggle with face to face conversations. I either get over excited in what I wanted to say and forget the main point entirely, or, when faced with a sensitive subject, jump on the nearest passing high-horse and ride head-first, poorly armed, in to a battle of whits.

However, as English author Edward Bulwer-Lytton said in about 1840 "The pen is mightier than the sword." So, rather get my knickers in a twist, I occasionally write stuff down before hand. It focuses my mind and leaves me better prepared to converse with other men-folk, voice an opinion or, if need be, confront a foe (hostile meeting at work/resignation letter etc...)

It's amazing what can be said in just one hundred words; and once started, will often not turn out as expected. Writing stuff down is good for the soul and, if nothing else, improves your basketball skills if what you've written is rubbish and just ends up in the bin; at least you didn't say it in public.

Corporal Smith rued the day that he’d lied on his Army Bomb Squad application form. He had always chanced his luck, but this was different. Lying about his age was one thing and qualification fiction had become second nature, but this paled into insignificance against every untruth that had ever exited his lips. He was seriously in the mire, and all options looked bleak.

“Major, I have a problem. I am colour blind”

Corporal Smith waited for his radio to crackle back to life. 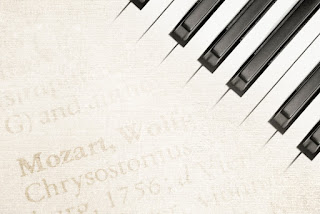 Greetings, inhabitants of The Man Shed.

My name is Steve and I am a photographic artist, guitarist, song writer and aspiring wordsmith. I have also worked in factories, as a postman, as an auditor, at Broadmoor Hospital and done lots of data entry. Although not always successful in my efforts, I have always tried to be creative.

To start with, what do I mean by, 'creative.' Sometimes there are not enough hours in the day to complete the regular array of stuff that life throws at us; so why complicate things with other stuff?

Most people would consider the 'arts' as being creative; painting, music, acting, writing, pottery, sculpture, etc....., but by (dictionary) definition 'creativity' can mean a lot more than just being artistic.

"The ability to go beyond traditional ideas, rules, patterns, relationships, or the like, and to create meaningful new ideas, forms, methods, interpretations, originality or imagination."

I hope you agree; the practice and/or addition of some of those ideals above wouldn't go amiss in our daily routines. Our work places, family lives and to some extent, our personal beliefs surely couldn't help but benefit from a few fresh inspiring trains of thought.


Yes, being a photographer and musician I do live in the world of the arts most of the time; but I would like to encourage those in the Man Shed to explore or even uncover areas of their own creativity and apply those new 'meaningful new ideas, forms, methods, interpretations, originality or imagination' to their daily lives.